I am looking to build an RFID reader which detects 125khz and 13.56Mhz, this reader will alert the owner that their card is being read. In addition to this I have a few more ideas up my sleeve.
I managed to put a basic circuit together over the course of a weekend.
I took inspiration from the RFID Tilt Sensitive Detector and also Corey Harding's RFID Detector

Kit used : Some copper slug tape from Bunnings ( well Maplin is shut down - and you know you get the days where you just want to build, no matter how hard it will be because you don't have stuff...yeh it was one of these days!)

A 220 pFcapacitor, in the tutorial it says to use an 82, but once again it was all I had, but it worked in the end! I have a tendency to use and adapt what I have around me at times, this time is was a capacitor I stole from a Lan Star Tap @___Sh4rk___ had kindly gave me at our previous hackaway.

Due to the tape being single sided conductive and having adhesive which interfered with the connection, I soldiered the joins on the tape to make sure the connection was good. 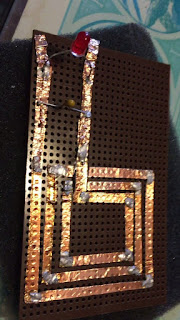 Yes I know it looks a mess, however baby steps and after a few frustrating hours. I managed to get it working :) Currently it picks up Mobile phone NFC frequency 13.56Mhz range as it is less forgiving. In order to get it to pick up the 125khz, I will need to improve the antenna and experiment with the capacitors. Looking at this blog post By Dave Kruschke it gives some further insights to the capacitors and how I can experiment to increase the range also.

It was a good build day, and in addition to this, when I went into the hardware store to buy a multi-meter and some copper tape, the lads behind the counter funnily asked me if I was making a bomb, which then led to some backwards and forwards banter, by the end of the conversation I had learnt that he was just about to start uni and was really interested in the cyber security industry, of which by the end of the conversation I had told him all about OWASP, BSides and various hacker groups to keep an eye out for. As you know, you can learn most from a supportive community around you and the big smile on his face told me he was really grateful for the tips I had given him. Hopefully I'll see him at his first con soon.
Labels: @5w0rdfish 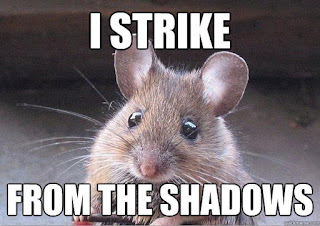 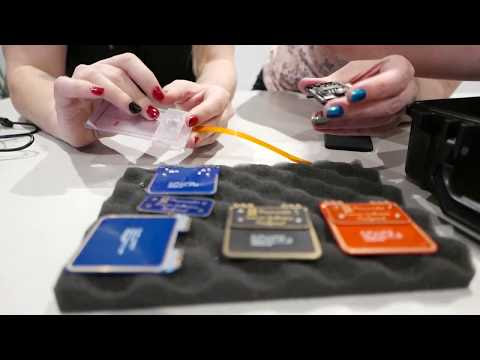